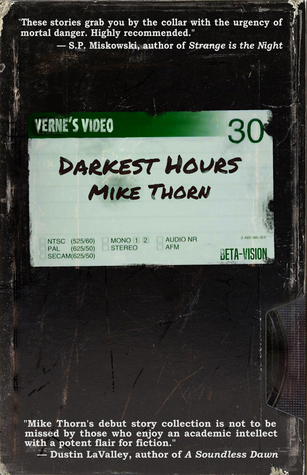 Two Calgary book launches/readings have been announced for Darkest Hours in collaboration with Bill Bunn (author of the upcoming YA novel Out on the Drink) and Randy Schroeder (author of a forthcoming novel, title unannounced).

The first, “What the Writers Say: Fiction Edition,” will take place at the Mount Royal University bookstore on Friday, December 2 at 2 PM.

The second, “IGWIG Triple Reading and Book Launch,” is set to be at Owls Nest Books on Wednesday, December 6 at 7 PM.

Bill Bunn is an associate professor in the Department of English, Languages, and Cultures at Mount Royal University. He is the author of four–soon to be five–books, and many essays and articles. His next young adult novel, Out on the Drink, will be out in December of 2017. He’s published two other young adult novels: Kill Shot in 2015, and Duck Boy in 2012. His published essays were collected and published as Hymns of Home in 2013. In 2003, he published Moon Canoe, a children’s picture book. Moon Canoe was translated into French, and released as Canoë Lune, in 2005. When he’s not writing, Bill makes sausages, plays guitar, and wanders the hills of Millarville. He is a founding member of the Intensive Genre Writing Inquiry Group; he currently serves as the group’s first Superintendent.

Randy Schroeder is an associate professor in the Department of English, Languages, and Cultures at Mount Royal University. He is the author of one book of fiction, one co-edited anthology, many short stories, a few bits of poetry, and a moderate but curiously indeterminate number of scholarly articles. His new novel will be published in Fall of 2019 by NeWest Press. It has no title yet, but he can tell you that it concerns three aging punk musicians, a tour into the Canadian Arctic, a renegade CSIS agent, and a demonic snowman who may or may not be a hallucination. Randy is a founding member of the Intensive Genre Writing Inquiry Group. He splits his time between Calgary and The Porcupine Hills, where he frequently visits his coauthor and arch-enemy, A.M. Arruin.