Daniel Braum’s new short story collection Underworld Dreams comes equipped with a Story Notes section; within these Notes, the author provides thoughtful reflections on his creative process, narrative intentions, and philosophical interests, among other things. Most prominently, Braum stresses his persisting interest in the ambiguous space between the psychological and the supernatural. Braum’s fiction inhabits this space and engages with the Weird tradition to depict our reality as innately interstitial, slippery, and impervious to “mastery.” By extension, Underworld Dreams repeatedly encourages us to scrutinize the artificial gap between human and nonhuman animals, between subject and world.

This coy, quiet, and unassuming challenge to human exceptionalism resonates throughout. The first story, “How to Stay Afloat When Drowning,” features a disturbing centerpiece in which a group of people brutally torture a shark; later, the story uses its psychological-supernatural ambiguity to blur the distinction between shark and human. “The Monkey Coat” lends attention to the suffering bound up in its titular object (the origin of whose horrors remain unknown).

Braum does not employ this symbolism to bluntly didactic ends; rather, he assesses the artificial divide between human and nonhuman animal to underline broader investigations about the human subject’s relation to the world. For example, the title story sees characters discussing acts of infidelity and dishonesty as reflections of their “monkey in the jungle” selves.

Braum cites Algernon Blackwood’s classic Weird novella The Willows in his Story Notes, and the imprint is visible: Underworld Dreams repeatedly sees its characters encountering eerily numinous spaces and reality-fissures in environments that have evaded global industrialism. Braum finds lots of potential for the ineffable in “natural” spaces, demonstrating a knack for imagery and atmosphere.

There are horrifying moments here (perhaps most notably in the aforementioned “Monkey Coat,” reportedly inspired by advice Braum got from the legendary Jack Ketchum), but this book mostly occupies Weird Fiction’s less macabre terrain. China Melville writes that the “obsession with numinosity under the everyday is at the heart of Weird Fiction,” and this is the obsession that most clearly characterizes Underworld Dreams. For readers seeking fiction with a strong narrative engine and a bold commitment to the unknown, this collection is one to seek out.

“Was there a pivotal moment when you decided to be a writer?

I can’t remember a time before I started writing. For better or worse, it has been a lifelong impulse. I was always drawn to reading, which is probably where my interest in writing originated. As a kid, I was excited by fantasy and horror (J. R. R. Tolkien, C. S. Lewis and R. L. Stine when I was quite young, and then Stephen King when I got a little older).”

Prairie Gothic is the passion project of literary agent Stacey Kondla, with help from Jim Jackson of Prairie Soul Press. They gathered up-and-coming talents from the prairies to write thrillers/psychological horror stories set in these vast open spaces. Then the pandemic hit, and their finances weren’t doing as well as they’d hoped. But they truly want to bring this collection to the public, so they’re looking to make up half the cost of paying their talented authors and editors, printing books and shipping. And they’re looking to make it well worth your while. By contributing, you can unlock special swag – books, music – exclusive contributor-only events, get a professional consultation on your writing and even have a song written about you!

They want to bring this collection to a wide audience. If they don’t meet their goal, they can’t do that, and it may prevent Prairie Soul Press from publishing future anthologies from seldom-heard voices.

Contribute to this Kickstarter.

Learn about accountability on Kickstarter.
July 16, 2020 0

Author and critic Mike Thorn swings by to talk about Prince of Darkness, John Carpenter’s 1987 horror film, and how it both expresses and interrogates the subject of epistemophobia — the fear of knowledge. It’s a great movie to go into knowing very little, so be aware that we spoil the entire plot in this episode.

We get into how the film withholds or ambiguates information for the audience, the film’s balance between pessimism and intellectual humility, and its place in Carpenter’s “Apocalypse Cycle” of movies.

The hosts of Film Formally spoke with Mike Thorn about John Carpenter’s Prince of Darkness and the idea of an intentional deficit of knowledge in movies.

In style and substance, Carpenter offers a universe beyond understanding—but is there an order to it? 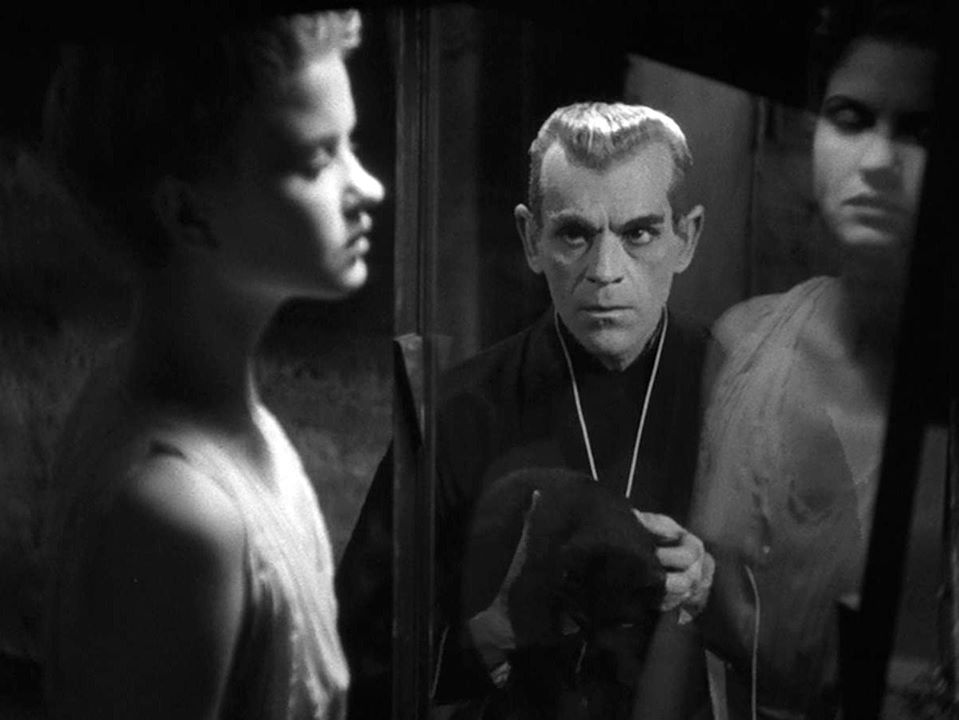 Mike Thorn is an author and film critic who currently resides in Calgary, Alberta (mostly inside his apartment, at the moment). Thorn’s Darkest Hours, a collection of short stories, is anything but mundane. Although his writing is full of darkness and supernatural horrors, it is always rooted in something painfully human. A genre film enthusiast, Mike excels at uncovering allegorical meanings behind fantastical works of art, often rooted in depictions of trauma and hidden pasts. He also can name the top ten horror flicks from any decade at the drop of a hat; the man has lists for everything. Mike is unique in his approach to writing, as he is informed not only by his intense love for literature, but also by his extensive knowledge of cinema. He is particularly influenced and inspired by 1930s horror. Currently, Mike works as an instructor at Bow Valley College, while also keeping up with personal writing projects. Keep your eyes peeled in February 2021 for his debut novel, Shelter for the Damned.

These writers have continued pursuing their love of short fiction, publishing everything from experimental flash pieces to chilling horror tales. 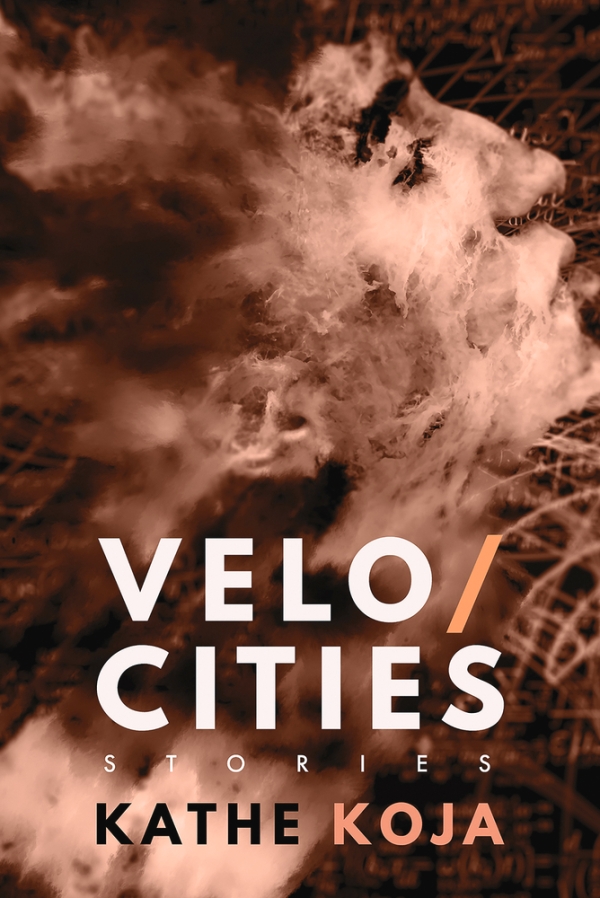 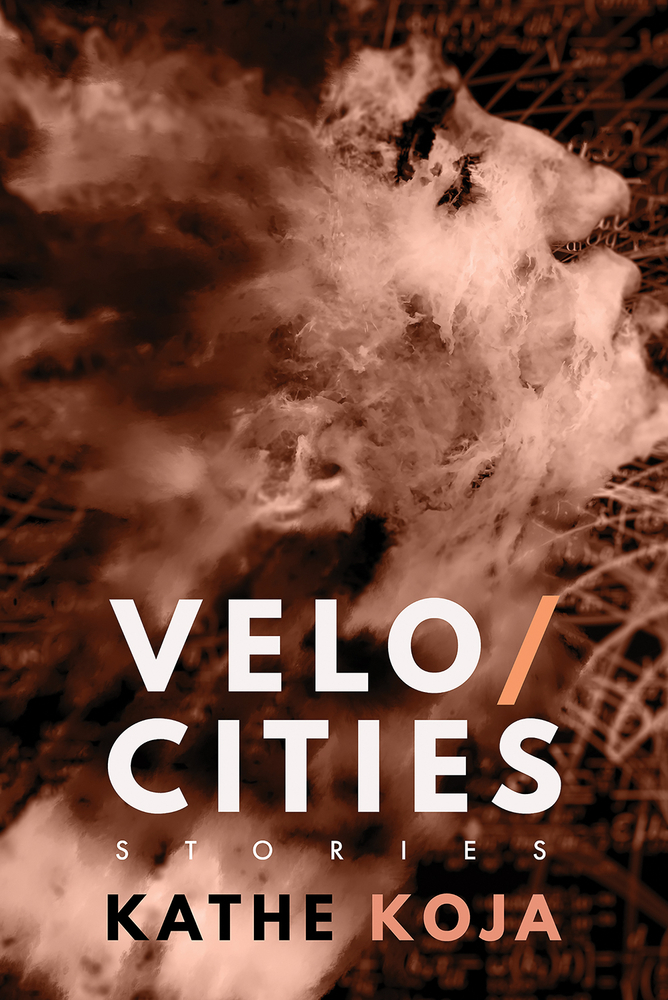 Kathe Koja’s work has always wrestled with complex issues: the limits of agonistic art, performance/performativity, and expressions of embodiment. From her groundbreaking debut novel, The Cipher (1991), to her 1997 collection Extremities, the author often evaluates these topics through the porous boundaries of horror. Of course, it is not only Koja’s compelling thematic engagements that set her writing apart, but also her crackling, inimitable, urgent prose style.

Koja’s career-long fixations persist in her new collection, Velocities, one of the most vital, haunting, and commanding genre releases in recent years. Particularly noteworthy is the book’s interest in art (especially performance art) as a catalyst for negotiations with trauma. Two stand-out examples are “Velocity,” which sees its performance artist reliving a horrific event through his work, and “Pas de Deux,” which depicts a woman grappling with the interior catharsis of dance versus exterior demands on her body. Indeed, this tension between desires of interiority and those of embodied, physical reality (central to novels like Skin [1993] and Strange Angels [1994]) shows up repeatedly throughout this collection.

When dealing with Koja, one of the twentieth century’s major American horror novelists, it seems impossible to avoid the question of genre. Is Velocities a “genre” collection? Undoubtedly Koja lays bare her expertise on genre forms and modes (“The Marble Lily” might be the most convincing contemporary imitation of nineteenth-century Gothic I’ve read), but this book circumvents categorical structures at nearly every turn. Within the first couple stories, it dawned on me that Koja’s fiction is simply a genre unto itself; hers is a body of work defined by singular style. Truly, Koja’s voice is among the most distinctive and invigorating I have encountered.

Koja maximizes on that which is specific to the written medium; her wildly unique prose style delivers affective experiences that I cannot imagine transmitting fully to any other artistic form. At the same time, though, this author draws often on the tactility of performance and dance, imagining the many ways in which artistic modes can either mirror or contend with each other.

Suffice to say that Velocities is, like any other Koja book, a major event. This writer’s work has had more impact on me and my work than I can express. Time and again, her fiction has reinvigorated me and helped me to imagine the boundless literary potential of genre. It is no exaggeration to say that she is among the most important writers in horror, and a major figure in contemporary American fiction more broadly.